A Cage Is A Cage

Posted by Marisa on May 9, 2017 in Uncategorized | No Comments 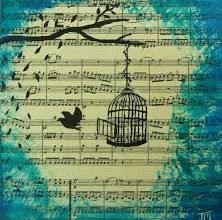 A Cage Is A Cage
During my last India visit I was channelling in the beautiful city of Udaipur, when Kuthumi first gave me the words “A cage is a cage.”

He spoke these words as part of a story from his own time in this city as Shah Jahan, the man who would become Emperor of India. It was actually his wife Mumtaz, the inspiration for the Taj Mahal, who said the words to him. Shah Jahan and Mumtaz were living in Udaipur but in exile. A failed rebellion against his father, Jahangir, had seen him banished from their home of Agra and they had sought refuge with the Hindu king of Udaipur. The Hindu king gifted to Shah Jahan, his family and entourage the island of Jag Mandir, which sat within the grand Lake Pichola.

Upon the island they lived within a palace set amongst grand gardens. It was not just picturesque but safe from any threat that Jahangir may have decided to enact.
Yet over time a melancholy set upon Shah Jahan’s people, especially the women. Shah Jahan went to his beloved Mumtaz and spoke of this with her.

“I don’t understand. We have a paradise here,” he said.

Mumtaz smiled as she always did when she spoke to him. “My darling, yes we live in beauty, but we are not free. You can build a bird the grandest of cages, but it is still within a cage and the bird is not free. A cage is a cage.”

I had felt this story before when I walked his white marble palace in Agra. It was where Shah Jahan was held prisoner for the last eight years of his life, by his very own son. He lived in luxury and looked out upon the Taj Mahal. I commented to Kuthumi that it was a very beautiful place to be confined to.

He simply responded, “Yes but I didn’t have my freedom.”

I had always understood how our beliefs and the stories we abide by, define our experience. They create limits and boundaries. They compress our creative energies into linearity. Becoming aware of this began my journey into freedom. To me freedom is the gift of choosing enlightenment.

Becoming free of my beliefs, patterns and stories to me is like releasing my soul from a cage. Becoming aware of how I define myself and where I set my limits means I can create new definitions of how I want to create my experience.

And there’s the rub!

How easy it is to replace an old cage with a shiny new one. It can be bigger and grander, but we are still holding ourselves prisoner to beliefs.

We’ve all been there- the revelation that we no longer are bound to karma (phew!), the relief that we don’t have to play out mass consciousness anymore (sigh…) and the excitement of realising fate and destiny are myths (yay!).

They were wonderful cages to step out of, yet we seem compelled to replace it with new ones that are just more acceptable and satisfying for our spiritual journey.
As I am writing this I am seeing how conditioned we are as humans to want to have some structure in life. I accept that and am not immune it myself. Our beliefs and stories help us create experience and that is what this dimension is all about.

Yet something in me aches when I see people with new (and supposedly noble) stories, let those stories keep them from joy and soul freedom. When they blindly follow something that has been channelled/written without feeling into whether that will serve them or not. When the new story or belief is just a distraction from loving themselves.

As Kuthumi’s words echoed with me for several days I made a new promise to myself; I want to allow my awareness to reveal to me where my cages are. If a belief, no matter now enlightened or conscious I “think” it is, is not aligned with my self-love, then I am ready for it to be revealed to me.

For me now, I am happy to have stories and beliefs, if they allow me to connect and expand my soul love, if they support me in living a life of ease and joy, if they help me shed the limits that self-judgement holds in place.

I love to heal my body naturally, but if a drug will lovingly support my body I will take it.

I have no problem in working to create money, but I will do so in a way that is joyful.

I will eat foods that are full of life force, but won’t deny myself the wonders of sweets which I love so much.

Mmmmm…. A chocolate cage… Now that would be fun to eat my way out of…

In enlightenment our beliefs and stories need to be fluid because the very nature of the enlightened human is dynamic and evolving. What serves us to today may not do so tomorrow. We create each day in the moment. So too should we creating how we choose to see life and ourselves.